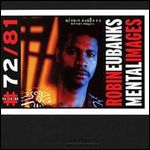 He played for 15 years in double bassist Dave Holland's quintet, sextet, octet and big band. J.J. Johnson recommended Eubanks for the position at the Oberlin Conservatory in Ohio, where he taught for 20 years as a tenured professor of Jazz Trombone and Jazz Composition. He has also taught at New England Conservatory and Berklee College of Music in Boston. He was a member in the all-star group the SFJAZZ Collective for 10 years 2008-2019.[2]

Robin is one of the pioneers of M-Base. He has appeared on numerous television shows and specials, including The Tonight Show, Saturday Night Live and The Grammys. he also pioneered the use of electronic effects with the trombone.

Robin is a frequent lecturer, guest soloist and clinician at various colleges and universities in the U.S. and around the world.

Eubanks was voted #1 Trombonist by Down Beat magazine and Jazz Times.

This article uses material from the article Robin Eubanks from the free encyclopedia Wikipedia and it is licensed under the GNU Free Documentation License.

More Of You Nick Mellow
Update Required To play the media you will need to either update your browser to a recent version or update your Flash plugin.