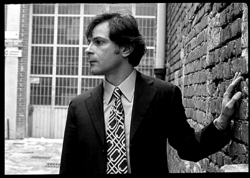 Nicola Conte is an Italian DJ, producer, guitarist, and bandleader, known initially for introducing an innovative style of acid jazz that incorporates bossa nova themes, melodies drawn from Italian film scores of the 1960s, easy listening themes, and traditional Indian music. Recently, he has focused much more on Latin jazz. This focus is evident in his albums Other Directions (2004, Blue Note & Schema) and Rituals (2008, Schema), and many remixes he has done for contemporaries stretching across many closely related genres.

Conte, a classically trained musician, is an innovative jazz revivalist and part of what was termed "The Fez Collective", based in the Apulian city of Bari, and the Idizioni-Ishtar/Schema Records, a record label known for promoting a distinctly Italian approach to acid jazz as well as jazz music as a whole.

Conte's first album was Jet Sounds (2000). The single "Bossa Per Due" gained international recognition and was an underground hit. It was used within a short time for a prime-time commercial for Acura automobiles. In 2002, the title track also gained recognition in the United States after it was used in two popular commercial advertisements for Joe Boxer underwear being sold by K-Mart stores. The album was licensed for US distribution by Thievery Corporation's Eighteenth Street Lounge (ESL) label in the summer of 2001 as Bossa Per Due (2001), and was a slightly reconfigured version of the Italian Jet Sounds album. This was followed by the remix album Jet Sounds Revisited (2002). Two years later, Blue Note's French subsidiary released Conte's next album Other Directions (2004). Conte released his next album, Rituals (2008).

Conte released The Modern Sound of Nicola Conte - Versions in Jazz-Dub (2009) on Schema Records. Unlike his 2002 remix album which featured artists largely reworking his songs, this two-CD set had Nicola releasing original titles and featured some of his jazz styled remixes of other people's works.

(all CD and vinyl; except Love & Revolution, CD only)

He has released several compilations, including:[1]

This article uses material from the article Nicola Conte from the free encyclopedia Wikipedia and it is licensed under the GNU Free Documentation License.