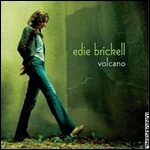 Edie Arlisa Brickell (born March 10, 1966) is an American singer-songwriter widely known for 1988's Shooting Rubberbands at the Stars, the debut album by Edie Brickell & New Bohemians, which went to No. 4 on the Billboard 200 chart.

Brickell was born in Oak Cliff, Dallas, Texas, to mother Larry Linden and father Eddie Brickell.[1] She attended high school at the Booker T. Washington High School for the Performing and Visual Arts[2] in Dallas. She attended Southern Methodist University until she joined a band and decided to focus on songwriting.

In 1985, Brickell was invited to sing one night with friends from her high school in a local folk rock group, New Bohemians. She would join the band as lead singer. After the band was signed to a recording contract, the label changed the group's name to Edie Brickell & New Bohemians. Their 1988 debut album, Shooting Rubberbands at the Stars, became a critical and commercial success, including the single "What I Am". The band's follow-up album, Ghost of a Dog (1990), was a deliberate effort to highlight the band's eclectic personality and move away from the pop sensibility of their first record.

Brickell had a role as a folk singer in the 1989 film Born on the Fourth of July. Her version of Bob Dylan's "A Hard Rain's a-Gonna Fall" is featured on the film's soundtrack. She also sang a cover version of Lou Reed's Walk on the Wild Side in the 1990 film Flashback. Her "Good Times" video was included as part of the multimedia samples on the Windows 95 installation CD-ROM.[3]

As a solo artist, Brickell released Picture Perfect Morning (1994) and Volcano (2003). In 1992, she worked with producer Bob Wiseman in New York and Toronto on a collection of songs, utilizing a wind ensemble, unusual keyboards and Ron Sexsmith. The songs were rejected by the record company and remained unreleased. In 2006, she made another album with all of the original members of New Bohemians called Stranger Things.[4]

Starting in May 2013, she is touring with Steve Martin and the Steep Canyon Rangers throughout the United States and North America.[11]

In May 2014, she released a love duet with husband Paul Simon entitled Like to Get to Know You on her Soundcloud page. [12]

Brickell married singer-songwriter Paul Simon on May 30, 1992.[13] Brickell was performing on NBC's Saturday Night Live on Saturday November 5, 1988 when she noticed Simon standing in front of the cameraman. "Even though I'd performed the song hundreds of times in clubs, he made me forget how the song went when I looked at him," she said with a smile. "We can show the kids the tape and say, 'Look, that's when we first laid eyes on each other.'" Brickell and Simon have three children.[14]

This article uses material from the article Edie Brickell from the free encyclopedia Wikipedia and it is licensed under the GNU Free Documentation License.

Baby Don't Go Fabian Anderhub
Update Required To play the media you will need to either update your browser to a recent version or update your Flash plugin.