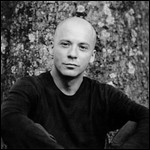 Stefano Battaglia (born 1965 in Milan) is an Italian classical and jazz pianist.

He has played extensively on the international circuit, performing as a soloist with the European Youth Orchestra in Barcelona (1981), and winning the "J.S. Bach Festival" award in Düsseldorf as the best new pianist of the year (1986) and the Brussels National Radio Award as the best young European pianist (1997). He has taught at major Italian jazz seminars such as the "Siena Jazz" summer program.[1] Battaglia is a founder of the jazz group Triplicity and Theatrum as part of the Permanent Workshop for Musical Research in Siena. He has recorded more than 60 CDs and is currently working on an anthology of recordings called The Book of Jazz. He also recorded with Michele Rabbia.[2][3]

This article uses material from the article Stefano Battaglia from the free encyclopedia Wikipedia and it is licensed under the GNU Free Documentation License.