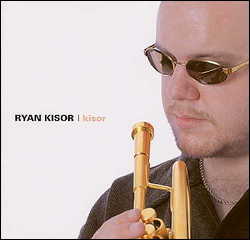 A native of Sioux City, Iowa, Kisor learned trumpet from his father, Larry Kisor, and started playing in a local dance band (the Eddie Skeets Orchestra) at age ten. Kisor began classical trumpet lessons at age 12, met Clark Terry when he was 15 (attending his summer jazz camp), and played with all-star high school bands. In 1990, Kisor won the Thelonious Monk Institute's trumpet contest at the age of 17; Nicholas Payton and Marcus Printup were among the other contestants that year.

Following this he was signed by Columbia Records, who released his first two albums, 1992's Minor Mutiny and 1993's On the One. Following this, Kisor entered the Manhattan School of Music, where he was a student of Lew Soloff among others. He has played in New York with the Mingus Big Band and the Michel Camilo Big Band, with Gerry Mulligan, Wynton Marsalis, Wycliffe Gordon, Horace Silver and Walter Blanding. Since 1994 he has been a member of the Jazz at Lincoln Center Orchestra, and has released many albums as a bandleader.

This article uses material from the article Ryan Kisor from the free encyclopedia Wikipedia and it is licensed under the GNU Free Documentation License.

Only Truth Will Tell Me Renato Capelli
Update Required To play the media you will need to either update your browser to a recent version or update your Flash plugin.