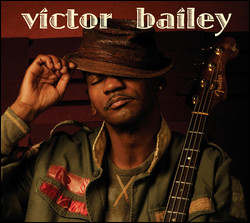 Victor Bailey (born March 27, 1960 in Philadelphia) is an American bass guitar player.[1] He was the bass player for Weather Report during their final years from 1982 to 1986, and launched a solo career in 1988.

Bailey attended the Berklee College of Music in Boston after being disqualified from naval service due to asthma.

This article uses material from the article Victor Bailey (musician) from the free encyclopedia Wikipedia and it is licensed under the GNU Free Documentation License.

Laura non c'è Nek
Update Required To play the media you will need to either update your browser to a recent version or update your Flash plugin.