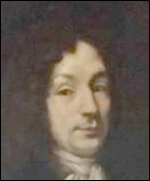 Luca Antonio Predieri (13 September 1688 3 January 1767) was an Italian composer and violinist. A member of a prominent family of musicians, Predieri was born in Bologna and was active there from 1704. In 1737 he moved to Vienna, eventually becoming Kapellmeister to the imperial Habsburg court in 1741, a post he held for ten years. In 1765 he returned to his native city where he died two years later at the age of 78. A prolific opera composer, he was also known for his sacred music and oratorios. Although his operas were largely forgotten by the end of his own lifetime and most of their scores lost, individual arias as well some of his sacred music are still performed and recorded.

The son of Vitale Predieri and Maria Menzani, Predieri was born in Bologna to a prominent family of musicians which included organist and composer Giacomo Maria Predieri (1611-1695), singer Antonio Predieri (1650-1710), singer and composer Angelo Predieri (1655-1731), and singer and composer Giacomo Cesare Predieri (1671-1753). He studied the violin with Abondio Bini and Tommaso Vitali, and counterpoint with Giacomo Cesare Predieri, Angelo Predieri, and Giacomo Antonio Perti. He is recorded as having been a viola player in the orchestra of the Basilica of San Petronio in Bologna at the age of 16 and later served as a violinist there from 1706 to 1711.[1] By 1715 he had composed his first oratorio, Santi Cipriano e Giustina (Saints Cyprian and Justina), and five operas, the first of which, La Partenope,[2] inaugurated the Marsigli-Rossi theatre on 28 October 1710. Predieri's compositions gained him an appointment to the Accademia Filarmonica di Bologna in 1716. In 1723 he was elected its Principe (literally "Prince", but the Academy's traditional name for its presiding officer)[3] In addition to his duties at the Accademia, Predieri served as the maestro di capella (music director) at various churches in Bologna including San Paolo Maggiore, Madonna della Galliera, Santa Maria della Vita and lastly the Cathedral of San Pietro. By the time he left Bologna in 1737 he had composed 25 operas, five oratorios, many pieces of church music, and several secular instrumental works.

Predieri became known in Vienna through performances there of his operas, Amor Prigioniero in 1731, and Il sogno di Scipione, first performed in 1735 as part of the birthday celebrations for Emperor Charles VI.[4] Following the death of Antonio Caldara in December 1736, Johann Fux (at the time Kapellmeister to Charles VI), invited Predieri to Vienna to serve as his assistant. Predieri arrived there towards the end of 1737 and in 1739 was officially appointed Vice Kapellmeister, the post previously held by Caldara. On Fux's death in 1741, he assumed to the duties of Kapellmeister, although he did not use the official title until 1746. During his time in Vienna he composed several more operas, often performed to mark special occasions at the imperial court, two oratorios, a Stabat Mater, and many other pieces of sacred music. Predieri retired as Kapellmeister in 1751, but kept his title and his salary for the remainder of his time in Vienna even though Georg Reutter had taken over his duties.[5] In 1765, he returned to his native Bologna where he died on 3 January 1767 at the age of 78.

According to musicologist Anne Schnoebelen, Predieri's sacred music demonstrated his "mastery of vocal polyphony and polychoral writing" while the operas he composed in Vienna to texts by Metastasio and Giovanni Pasquini were marked by carefully set recitatives and arias with impressive dynamic colouring.[1] The imperial court in Vienna made extensive use of trumpets for ceremonial occasions and employed 14 court trumpeters. In common with those of his predecessors at the court, Fux and Caldara, Predieri's Viennese operas and oratorios contained what Trevor Herbert has described as "spectacular high trumpet parts surpassing all others anywhere in terms of range and technical difficulty."[6] An example of this can seen in the aria "Pace una volta" from his 1740 opera Zenobia.[7]

By the end of Predieri's lifetime, his operas were no longer performed, having been superseded by the reforms to the genre initiated by Jommelli and furthered by Gluck. Most of the scores for his operas and oratorios have been lost or survive only in fragments. Today, his most well-known composition is the Stabat Mater he wrote in Vienna, but he also composed many other pieces of church music, both for choir and solo voice, as well as a number of secular cantatas and instrumental pieces which have extant scores. Some of his works have received modern editions, including his Violin Concerto in B minor, a Stabat Mater, and the aria "Pace una volta".[8] The following is a list of Predieri's principal works.[9]

In addition to the following, Predieri also composed numerous other masses and mass parts, antiphons, and psalms, for churches in Bologna and for the imperial court in Vienna.[15]

Two of Predieri's Lamentations for solo voice and basso continuo can heard on Baroque Nocturnes For The Liturgy Of Holy Week performed by the La Flora ensemble (Bongiovanni Records). "Pace una volta", an aria for soprano and solo trumpet from his opera Zenobia was recorded by Kathleen Battle and Wynton Marsalis on their album Baroque Duet (Sony Classical).[7]

This article uses material from the article Luca Antonio Predieri from the free encyclopedia Wikipedia and it is licensed under the GNU Free Documentation License.