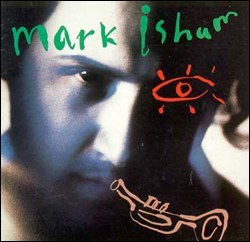 Mark Ware Isham (born September 7, 1951) is an American musician. A trumpeter and synthesist, he works in a variety of genres, including jazz and electronic.[1][2] He is also a film composer, having worked on films and television series, including The Hitcher, Point Break, Of Mice and Men, Warrior, Nell, Blade, Crash and Once Upon a Time.

Isham was born in New York City, the son of Patricia (née Hammond), a violinist, and Howard Fuller Isham, a Professor of Humanities.[3]

This article uses material from the article Mark Isham from the free encyclopedia Wikipedia and it is licensed under the GNU Free Documentation License.

Shackles Thorsteinn Einarsson
Update Required To play the media you will need to either update your browser to a recent version or update your Flash plugin.