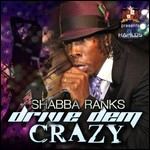 He was one of the most popular dancehall artists of his generation. He was also one of the first Jamaican deejays to gain worldwide acceptance, and recognition for his 'slack' lyrical expressions and content, when "ridin' di riddim". His gravel toned, rough-sounding voice made him instantly recognized worldwide.

Ranks gained his fame mainly by toasting (or rapping) rather than singing, similarly to his dancehall contemporaries in Jamaica. A protégé of deejay Josey Wales, he arrived on the international stage in the late 1980s, along with a number of fellow Jamaicans including reggae singers Cocoa Tea and Crystal. Ranks also worked with Chuck Berry and America rappers KRS-One and Chubb Rock.

He secured a major record deal with Epic Records in 1991. Having released five albums for a major label, Ranks remains one of the most prolific dancehall artists to break into the mainstream.[1]

The stylistic origins of the genre reggaeton may partially be traced back to the 1991 song "Dem Bow", from Ranks' album Just Reality. Produced by Bobby "Digital" Dixon, the Dem Bow riddim became so popular in Puerto Rican freestyle sessions that early Puerto Rican reggaeton was simply known as "Dembow".[2] The Dem Bow riddim is an integral and inseparable part of reggaeton, so much so that it has become its defining characteristic.[3]

His biggest hit single outside of Jamaica was the reggae fusion smash "Mr. Loverman" (memorable for bringing the cry "Shabba!" to the music world). Other tracks include "Respect", "Pirates Anthem", "Trailer Load A Girls", "Wicked inna Bed", "Caan Dun", and "Ting A Ling".

In 1993, Ranks scored another hit in the Addams Family Values soundtrack to which he contributed a rap/reggae version of the Sly and the Family Stone hit "Family Affair". His third album for Epic, "A Mi Shabba", was released in 1995, however it fared less well. He was eventually dropped by the label in 1996. However, he won two Grammy Awards for previous work, and Epic went on to release a 'Greatest Hits' album, entitled Shabba Ranks and Friends in 1999.

Today, Ranks lives in New York City. Ranks made a partial comeback in 2007 when he appeared on a song called "Clear The Air" by Busta Rhymes, which also features Akon.

Shabba released a single on Big Ship's Pepper Riddim called "None A Dem", in April 2011. In 2012 Shabba is to be featured on Midwest rapper Tech N9ne's upcoming EP E.B.A.H.

In 1992, during an appearance on Channel Four music show The Word, he quoted the verse from the Bible condemning homosexuals, and was subsequently condemned for his comments by presenter Mark Lamarr who said that what Shabba was saying was "absolute crap".[4] Anti-homosexual lyrics are present in a number of Shabba Ranks songs, including "No Mama Man" and "Wicked inna bed".

References in other media

The "Mr. Loverman" video was parodied on the satirical ITV1 puppet show Spitting Image and by Marlon Wayans of In Living Color (an American comedy television series) in a video called "Mr. Uglyman,"[5] which played upon the opinion that Shabba is somewhat unprepossessing. Tyler Perry frequently references Shabba Ranks in his hit plays, specifically I Can Do Bad All By Myself and Madea's Family Reunion. Additionally, Ray Von, a character from Peter Kay's Phoenix Nights, uses the catchphrase "Shabba!". Will Smith also says "Shabba!" during two episodes of The Fresh Prince of Bel-Air.

Wikiquote has a collection of quotations related to: Shabba Ranks

This article uses material from the article Shabba Ranks from the free encyclopedia Wikipedia and it is licensed under the GNU Free Documentation License.

The Day Before You Came Abba
Update Required To play the media you will need to either update your browser to a recent version or update your Flash plugin.