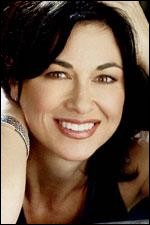 Shelly Peiken is a multi-platinum Grammy nominated songwriter who is best known for her #1 hits "What a Girl Wants" and "Come On Over Baby (All I Want Is You)".

Shelly's songs have appeared in films such as The Blind Side, Step Up 3D, Music Of The Heart, Won't Back Down, Center Stage, What Women Want, Saving Grace, The Good Girl, Dear God, Practical Magic, The Rebound, Blue Streak, Bring It On, I Still Know What You Did Last Summer, EDtv, The Next Best Thing, The Princess Diaries, The Hot Chick, See Spot Run, A Walk To Remember, What A Girl Wants, Bourne Identity, The Lizzie McGuire Movie, Confessions of a Teenage Drama Queen, Raising Helen, The Bratz Movie and Girl Vs Monster. TV song appearances have been on Glee, Smash, Grays Anatomy, The Hills, 30 Rock, Orphan Black, Ellen, Aliens In America, Desperate Housewives, The Apprentice, The Voice, American Idol, X Factor, Dancing With The Stars, Chasing Farrah, Austin and Ally, Shake It Up and A.N.T. Farm..

This article uses material from the article Shelly Peiken from the free encyclopedia Wikipedia and it is licensed under the GNU Free Documentation License.

Somebody That I Used To Know Gotye feat. Kimbra
Update Required To play the media you will need to either update your browser to a recent version or update your Flash plugin.