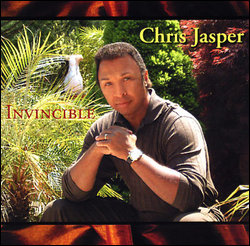 Christopher H. "Chris" Jasper (born December 30, 1951, Cincinnati, Ohio[1]) is a former member of both the Isley Brothers and Isley-Jasper-Isley. He is also a successful solo artist and record producer, recording a number of his own solo albums, and producing artists, for his New York based record label, Gold City Records. His keyboard and Moog synthesizer work was a primary ingredient of the Isley Brothers sound of the 1970s and 1980s.

Jasper is a classically trained musician and composer. He studied at the Juilliard School of Music in New York City and received a degree in music composition from C.W. Post, Long Island University, New York, where he studied with the jazz pianist and composer, Billy Taylor.

Jasper's first appearance on an Isley Brothers album was 1969's It's Our Thing. In 1973, Jasper, plus Ernie and Marvin Isley were officially added to the group. Jasper's keyboard work played a pivotal role in Isley Brothers hits such as "Fight the Power Pts. 1 & 2," "For the Love of You Pts. 1 & 2," and "Between the Sheets."

In 1984, Jasper and some of the Isleys left the Isley Brothers to form the splinter group Isley-Jasper-Isley. Jasper sang lead on the group's biggest hit, "Caravan of Love." But their tenure ended in 1987 with Jasper and Ernie Isley going into solo careers and Marvin rejoining brother Ronald in his touring band. Jasper's solo career spawned the #3 R&B hit, "Super Bad", in 1988.

Jasper has also produced, performed and written music for other artists, including Liz Hogue's debut album, and "Make It Last" for Chaka Khan's C.K. album.

After Isley/Jasper/Isley split up in 1987, Jasper released a succession of gospel and R&B albums for Gold City Records, a record label he formed, and which is distributed by CBS Records.[2] He has released ten solo albums, including Inspired: By Love, By Life, By the Spirit in January 2013.

The Isley Brothers were inducted into the Rock and Roll Hall of Fame in 1992.[2]

Jasper resides in New York with his wife Margie, an attorney and writer, and their three sons, Michael, Nick, and Christopher.

This article uses material from the article Chris Jasper from the free encyclopedia Wikipedia and it is licensed under the GNU Free Documentation License.