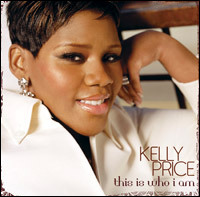 Kelly Cherelle Price was born in Queens, New York and began singing in church as a toddler. Her first professional engagement was with George Michael at Madison Square Garden in January 1992. As destiny would have it Price was overheard singing by Mariah Carey, who after arriving to her own rehearsal late for the Grammys walked into a room where Price was singing in the rehearsal hall while everyone else was on a meal break. Price was later introduced to Carey's husband, Sony Columbia's then CEO Tommy Mottola.[1] She made a name for herself as a backing and guest vocalist, appearing on a number of hit singles such as Mariah Carey's "Fantasy", The Notorious B.I.G.'s "Mo Money Mo Problems", and Whitney Houston's "Heartbreak Hotel". She has sung background vocals for Faith Evans, Aretha Franklin, Brian McKnight, SWV and R. Kelly.

Price issued her debut album, Soul of a Woman, in 1998 on Island Records, which contained the hit single "Friend of Mine". A remix of the song, also included on the album, features R. Kelly and Ronald Isley. In the remix, Isley takes on the fictional role of the singer-protagonist's Godfather ("Mr. Biggs"), taking her husband (R. Kelly) to task for cheating on her with her best friend. The "Friend of Mine" LP version and the remix both charted as No. 1 hits on the U.S. R&B chart and made history by doing so with no music video to support the song.

She issued her second album, Mirror Mirror, in 2000 on the Def Soul imprint of Def Jam Records; Island and Def Jam had merged in 1999, with Price and labelmates Dru Hill being reassigned to Def Soul. Mirror Mirror featured the singles "You Should've Told Me" and the Grammy Award nominated[2] "As We Lay", a cover of Shirley Murdock's 1986 hit. A remix of "Love Sets You Free" was issued a single in 2000, produced by Teddy Riley and starring a number of fellow R&B performers. Price was featured in the 2003 film, Bringing Down the House, performing a cover of the 1983 Rufus & Chaka Khan hit "Ain't Nobody". A Christmas album, One Family, was issued in 2001 which had a piano appearance from GospelJazz pioneer, Ben Tankard. Two years later, Price returned with her third regular studio album, Priceless.

In October 2005, Price recorded her first live gospel project. The This Is Who I Am album has been released on October 24, 2006 on her own label, EcclecticSounds Records. It debuted at No. 1 on the Billboard Gospel Charts and peaked at No. 9 on the R&B album chart. Kelly Price was inducted as an honorary member of Sigma Gamma Rho sorority in July 2006. In early 2007, Price kicked off a tour with the 'Sisters in the Spirit 2007'.[3]

In 2006, she recorded the song "Why?" for the soundtrack Why Did I Get Married?, the film version of Why Did I Get Married? Priceless Secrets from The Soul of A Woman, in which Price created the role of Sheila alongside Tyler Perry who used the song titles and lyrical content of Price's hit recordings to develop the story. In early 2009, she was featured on Coko's gospel album entitled The Winner in Me on the track "Oh Mary". In June 2010, Price promoted her single "Tired" on The Jazz Joy and Roy syndicated radio show as "some of the best work of my career to date."[4] The song was also featured in Tyler Perrys 2011 film Madea's Big Happy Family. On February 9, 2012, in a pre-Grammy party to celebrate Price's nominations, the singer sang "Jesus Loves Me" with Whitney Houston in what turned out to be Houston's last public performance two days prior to her death. In September 2009, it was announced she would be joining Deborah Cox and Tamia to form the super group The Queen Project. The women seek to empower women of all ages, races and backgrounds by doing a number of community service projects.[5]

On July 16, 2010, a lawsuit was filed in a Texas federal court by Kelly Price against a nationally known prosperity ministry, New Light Church of Houston, et al. Other defendants in the case include New Light's pastor, I. V. Hilliard, wife, Bridget Hilliard and daughter, Preshea Hilliard. Price claims she wrote and copyrighted the tune, "Women Who Win," which New Light Church and three members of the Hilliard family used without permission in a church show, on DVDs, on a website and at a "Women Who Win" conference in Houston. The original court docket indicates that the involved parties continued to use the work in a variety of ways despite being refused license to use.

Price, a mezzo-soprano, has been called an "urban crooner" and a cross between a "streetwise Mariah Carey" and "a domesticated Mary J. Blige". Her voice has been called "sweet and smooth", and critics have praised her songwriting and being smart for "choosing smart material to go along with her big, bad, beautiful voice." Her voice has been described as "equal parts powerful and sensual". She has earned songwriting or background vocal credits from Houston, Carey, Tatyana Ali, Mint Condition, Shirley Murdock, Keke Wyatt, SWV, Coco Lee, Trey Lorenz, Faith Evans, R. Kelly and The Notorious BIG, among others.[6]

Price grew up in a second apartment in the Edgemere Projects in Far Rockaway, Queens. Her father died when she was nine years old. Residing outside Atlanta, Georgia, and she stays in Los Angeles Price lives with her husband/manager, Jeffrey Rolle, and their two children.[7] Price's grandfather is Jerome Norman, bishop and pastor of the Full Gospel Mission Church of God in Christ in Queens and Jurisdictional Prelate of the First Ecclesiastical Jurisdiction of Barbados since 1990 by the late Presiding Bishop J.O. Patterson. Her mother, Claudia, is the former musical director of the church. Price began singing in the church at the age of six; and due to her voice gained the nickname 'Little Mahalia Jackson'.[8]

In December 2000, Price donated $250,000 to fight breast cancer. She presented a check to Tony Martell of the T.J. Martell Foundation and Denise Rich of G&P Foundation For Cancer Research to help with the ongoing fight against breast cancer. Price donated the proceeds from her single "Love Sets You Free" which she recorded in January 2000.[9] In April 1999, Price volunteered to showcase her fashion designs during a special charity gala and fashion show to help the National Breast Cancer Awareness Initiative raise money for breast cancer education for minority women.[10] The previous year, in 1998, Kelly learned that both her mother and her mother-in-law had been diagnosed with breast cancer, which would later claim her mother-in-law's life.[11]

Claudia Price is a survivor of inflammatory breast cancer[12] and is an activist in educating the public about the disease. She was the chairwoman of the seventh annual Sister to Sister Fitness Festival held in Dallas, Texas which was sponsored by the Celebrating Life Foundation. Claudia experienced pain in her breast in 1997, but said fear and a lack of insurance kept her from seeking immediate medical attention. Instead, she waited two years before seeing a doctor. While at work one day in 1999, her doctor called and said she had inflammatory breast cancer. Doctors gave her two months to live. She underwent chemotherapy, and the disease is in remission as of October 2006.[13]

This article uses material from the article Kelly Price from the free encyclopedia Wikipedia and it is licensed under the GNU Free Documentation License.

I'm Still Standing Elton John
Update Required To play the media you will need to either update your browser to a recent version or update your Flash plugin.