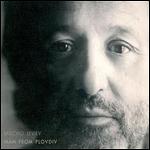 died on 12/10/2019 in Thessaloniki, Zentralmakedonien, Greece

Milcho Leviev graduated from the State Academy of Music in 1960[1] majoring in Composition under Professor Pancho Vladigerov and in Piano under Professor Andrei Stoyanov. As a student, he won the second prize at the International Competition in Vienna for his Toccatina for piano. His professional development as a composer began at the Drama Theatre in Plovdiv. He was appointed conductor of the Big Band of the Bulgarian National Radio after Emil Georgiev left office (196266). His vanguard ideas innovated the orchestra; pieces like Studia, Blues in 9 or Anti-waltz became a standard of a successful synthesis between music folklore and jazz, this synthesis being particularly pronounced in his music. From 1963 to 1968 he worked as soloist and conductor of the Sofia and the Plovdiv Philharmonic. In 1965, embracing the idea of the writer Radoy Ralin, he founded Jazz Focus 65, with which he toured actively till 1970, achieving great success for the Bulgarian jazz and winning prizes at the international jazz festivals in Montreux, Prague and Sofia. Among the most exciting pieces in the repertoire of Jazz Focus 65 was Blues in 10 and Blues in 12, as well as the arrangement of Paul McCartneys Yesterday.

In 1970 he left Bulgaria for political reasons and moved to Los Angeles.[1] Since then, he has lived and worked abroad and achieved professional acclaim at prestigious international music stages. He was allowed to perform in Bulgaria not earlier than 1980.

He worked as composer, arranger and pianist at the Don Ellis (1970-1975) Orchestra and the Billy Cobham Band (197177). He toured the USA and Europe; he was Music Director of Lainie Kazan (197780). He gave concerts and made recordings with John Klemmer, Art Pepper, Roy Haynes, etc. He toured Europe with Art Pepper (198082); at the same time he was one of the founders and managers of Free Flight, selected Combo of the Year in 1982. Since 1983 he has been music director of the Jazz Sessions at the Comeback Inn in Venice, California. He gave concerts in Japan with the bassist Dave Holland (198386) and organized solo jazz recitals in Europe (198586). He teaches Jazz Composition at the University of South California. He also gives master classes at the New Bulgarian University in Sofia.

He is author of symphony and chamber works; big band and jazz orchestra music, etc. In the 1960s he also wrote film music.

In 1987 he won the Dramalogue Prize for best music director awarded by the PCPA Theaterfest. His works and performances were recorded by Atlas Records, Alpha, Discovery, Balkanton, Columbia, Atlantic, ABC and others. Part of his works were published by Dick Drove Publications and the Bulgarian publishing house Nauka I Izkustvo (up to 1968). He won a prize at the National Jazz Educational Congress, the Grammy Prize for arrangement, the Honorary Gold Medal of the Académie internationale des Arts in Paris (1995).[1] He was also awarded the honorary title Doctor Honoris Causa by the Academy of Music and Dance Art in Plovdiv (1995) and by the New Bulgarian University.

This article uses material from the article Milcho Leviev from the free encyclopedia Wikipedia and it is licensed under the GNU Free Documentation License.

Alright tonight Wax
Update Required To play the media you will need to either update your browser to a recent version or update your Flash plugin.