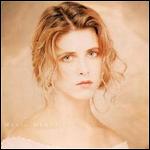 Maria Luisa McKee (born August 17, 1964) is an American singer-songwriter. She is best known for her work with Lone Justice, her 1990 UK solo chart-topping hit, "Show Me Heaven", and her song "If Love Is a Red Dress (Hang Me in Rags)" from the film Pulp Fiction. She is the half-sister of Bryan MacLean, who was best known as a guitarist and vocalist in the band Love.[1]

McKee was a founding member of the cowpunk and proto Americana band, Lone Justice, in 1982, with whom she released two albums. Several compilations of both previously released and unreleased material and a BBC Live in Concert album have been released since the group disbanded. Bob Dylan wrote the song "Go Away Little Boy" for the band's debut album, Lone Justice, which later appeared as a B-side. The band opened for such acts as U2 and Tom Petty. During this period of her career she was managed by Jimmy Iovine.

When she was 19, she wrote Feargal Sharkey's 1985 song, "A Good Heart", which she has since recorded and released on her album Late December. Sharkey later also covered "To Miss Someone" (from McKee's self-titled solo debut) on his third solo album "Songs From The Mardi Gras". In 1987 she was appeared in the Robbie Robertson music video "Somewhere Down the Crazy River" (directed by Martin Scorsese) and contributed back-up vocals to his debut solo album, which included the song. She released her first solo, self-titled album in 1989. On the album Richard Thompson played guitar and Steve Wickham from The Waterboys played fiddle. It received critical acclaim in Europe, prompting McKee to move to Ireland.

Her song "Show Me Heaven", which appeared on the soundtrack to the film Days of Thunder, was a number one single in the United Kingdom for four weeks in 1990.[2] She rarely performed this song in public up until recently,[3] when she sang it at Dublin Pride.[4]

Her song "If Love Is a Red Dress, Hang Me in Rags" was personally selected by Quentin Tarantino for his film Pulp Fiction. It is the only original song on the soundtrack.

In 1992 she released the song "Sweetest Child" which was produced by Youth and featured Robert "Throb" Young from the band Primal Scream.

Following her debut, McKee has released five studio (and two live) albums. The album Life Is Sweet debuted McKee's lead guitar work described as "feral" by Mojo magazine which listed it as runner up to album of the year in their critics poll. The raw postmodern album (produced by Mark Freegard) represented a smash up of her roots rock persona and is seen as a demarcation event in her career. It is now considered a minor classic and currently out of print. The later three, High Dive, Peddlin' Dreams and Late December, were released independently via her own Viewfinder Records label (distributed in the UK via Cooking Vinyl).

In 1995, Bette Midler recorded McKee's tracks "To Deserve You" and "The Last Time" for her platinum album "Bette of Roses". In 1998, The Dixie Chicks recorded McKee's "Am I the Only One (Who's Ever Felt This Way?)" and included it on their Grammy nominated album Wide Open Spaces.

McKee appeared on the 2014 compilation Songs from a Stolen Spring that paired Western musicians with artists from the Arab Spring. On the album, McKee's performance of the Tony Joe White song "Ol' Mother Earth" was meshed with "I Still Exist" by the Egyptian band Massar Egbari.[5]

She recorded a medley of "Ride a White Swan" and "She Was Born To Be My Unicorn" for the Marc Bolan tribute album, Angel Headed Hipster, produced by Hal Wilner. The album also includes tracks by Gavin Friday, Father John Misty and Nick Cave.

In addition to writing Sharkey's hit "A Good Heart", McKee has also contributed to the Victoria Williams' tribute album Sweet Relief, on the song "Opelousas (Sweet Relief)". She has also provided backing vocals to U2's cover of Creedence Clearwater Revival's "Fortunate Son" (B-side of 1992 "Who's Gonna Ride Your Wild Horses" single from their Achtung Baby album), as well as to the Counting Crows' 1993 debut August and Everything After on "Sullivan Street" and "Mr. Jones". On Robin Zander's 1993 solo album she sang backing vocals for the track "Reactionary Girl". She also sang backing vocals on Robbie Robertson's debut and self-titled solo album, on the track "American Roulette". Much lesser known is her contribution of lead and co-lead vocals on two tracks on a contemporary Christian praise and worship album called Come As You Are.[6]

McKee also contributed a song, "Never Be You," for the soundtrack to the Walter Hill movie Streets of Fire. She recorded a duet, "Friends in Time",[7] with The Golden Horde on their eponymously titled album in 1991. She also recorded another duet, "This Road is Long," with Stuart A. Staples of the band Tindersticks on his 2006 album, Leaving Songs. In addition she co-wrote the duet, titled "Promise You Anything," with Steve Earle which appeared on his 1990 album, The Hard Way. She teamed with Dwight Yoakam for a duet on "Bury Me," from his 1986 debut, Guitars, Cadillacs, Etc., Etc. McKee contributed the lyrics and vocals to the song "No Big Bang" on the only album by The Heads, No Talking, Just Head, also playing guitar and synthesizer on the song together with the band, mostly ex-members of Talking Heads.

In 2013, McKee and her husband, Jim Akin, self-released their first independent feature film, After the Triumph of Your Birth, through their production company, Shootist Films. The film was written, directed, shot, recorded, and edited by Akin and features McKee (who co-produced) in her acting debut as an ensemble cast member. They scored the film together and the soundtrack was released in 2012.

Shootist Films second feature film "The Ocean of Helena Lee" (featuring McKee in a supporting role) was released May 2015 with accompanying soundtrack. The film played a week run at The American Cinematheque at The Egyptian Theater. Akin, McKee and their drummer Tom Dunne (also an actor and lead player in the film) performed a set of music after each screening. The film screened in competition at The Indie Memphis Film Festival and The Pesaro International Film Festival as well as out of competition in The Fastnet Film Festival in Schull, Ireland. It received a four out of four star review on RogerEbert.com. Shootist Films latest release, Beauty Majesty and Terror has been completed and will be released in 2019. It features McKee in the leading role.

This article uses material from the article Maria McKee from the free encyclopedia Wikipedia and it is licensed under the GNU Free Documentation License.