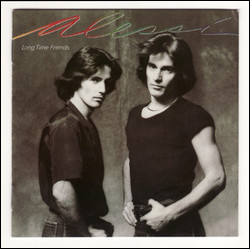 Their song "Oh Lori" reached no. 8 in the UK Singles Chart in 1977,[1] and "Put Away Your Love" reached No. 71 in the U.S. Billboard Hot 100 in 1982.[2] "Oh Lori" became a Top Ten hit in seventeen more countries.[3] The Alessi Brothers recorded five albums on major record labels. They sold over eight million records worldwide, and toured with Andy Gibb on his Shadow Dancing tour. They also charted in Brazil with "Sad Songs" (from the album Alessi, 1977) , "All for a Reason" (from the album All for a Reason,1978) and "Forever" (recorded with Christopher Cross, from the album Long Time Friends,1982).

Billy and Bobby Alessi co-operated with Art Garfunkel on his 1979 album Fate for Breakfast, mainly providing the background vocals. As vocal arrangers the twins helped Deborah Gibson on her 2001 album, M.Y.O.B., including production work and writing the title track.[3]

In 1984, the brothers released a song, "Savin' the Day", for the soundtrack to the film, Ghostbusters. The song was used in the 1986 cartoon based on the movie.

The Brothers have enjoyed success working on jingles and advertisements for David Lucas and many mainstream consumer products in the U.S. In the 2000s they resumed their touring and album recording career as a duo, with the release of two new albums as Alessi, and also as part of group Barnaby Bye.

This article uses material from the article Alessi Brothers from the free encyclopedia Wikipedia and it is licensed under the GNU Free Documentation License.

The Mighty Quinn Manfred Mann
Update Required To play the media you will need to either update your browser to a recent version or update your Flash plugin.