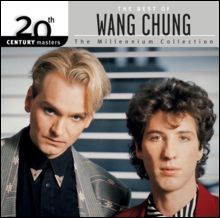 Jack Hues (born Jeremy Allan Ryder on 10 December 1954) is an English musician, who is best known for forming the 1980s British new wave band, Wang Chung. In addition to forming Wang Chung, Hues also was a member of the one-off band, Strictly Inc, which featured Tony Banks from Genesis.

Jack Hues was born in Gillingham, Kent, England, the oldest of four children born to Robina (née Pratt) and Allan Sidney Ryder. He attended London's Goldsmiths College to study music. After three years, he went on to attend the Royal College of Music. It was at this time that Hues befriended Dave Burnand, who would go on to be a member of Huang Chung. After one year at RCM, he decided on to pursue a career in music.

In 1977, Hues answered an ad in the British weekly music magazine, Melody Maker. This was the first time that he met up with future Wang Chung bass guitarist, Nick Feldman. With the rising punk music movement around England in the late 1970s, the two formed together as 'The Intellektuals' in mid-1977. Two years later, Hues & Feldman formed the band, '57 Men'. While in 57 Men, the two met up with future Wang Chung drummer, Darren Costin. Just like their first band together, Hues and Feldman broke up within eighteen months, but took along Costin.

In late 1979, the threesome officially became referred to as Huang Chung. They released several singles in 1980 for the independent music company, Rewind Records. In May 1981, Huang Chung signed to Arista Records for a two album deal. The next year, the band released their self-titled debut album. By 1983, the band's name was changed to Wang Chung, and Hues became the band's official lead vocalist. After the summer tour for POTC in 1984, Costin left the band to pursue a solo career. Despite not having a full-time drummer, Wang Chung continued to thrive. For the next six years, Wang Chung enjoyed success, especially in England and the US.

By the early 1990s, Wang Chung lost its motivation to continue with music in an industry dominated by MTV and decided to disband in 1991. Before the break-up, Hues scored the soundtrack for the 1990 film, The Guardian. The director of the film, William Friedkin, chose Hues because of the work he did on his 1985 film, To Live and Die in L.A.. He also made a solo album, The Anatomy Project, in 1992. However, for reasons unknown, his solo debut album has yet to be released, as of June 2007. In 1994, Tony Banks of Genesis heard samples of Hues work. He admired it, and asked him to compose a new album together. On 11 September 1995, Strictly Inc was released solely in the UK. The album received mixed reviews. In 1997, he and Nick Feldman briefly reunited.

In 2005, Wang Chung appeared on Hit Me, Baby, One More Time. They performed their most popular song, "Everybody Have Fun Tonight", along with "Hot in Herre" by Nelly. The reaction the fanbase gave the band was enough inspiration to resuscitate Wang Chung, and work on a new album. As of June 2007, no word of the new album's release date was published. However, on the band's website, it stated that the album is almost near completion, and a new recording deal is in the works.

In 2002 Jack created a new jazz-influenced band with Sam Bailey called The Quartet. They recorded their first album 'Illuminated' in 2004 and their second 'Shattering' in 2007 both released to critical acclaim [1]. Along with Wang Chung, he is currently active with The-Quartet, which is signed with Helium Records. The record company is headed by Chris Hughes, who helped produce Wang Chung's Points on the Curve in 1984.

In 2011, Jack wrote the music for his son Jack Ryder's first film Act of Memory.

Ryder's stage name, "Jack Hues", is a play on the French phrase, j'accuse, which means "I accuse" in English. He has a daughter, Violet, and two sons, Harry and Jack.

Heart Explodes On the Edge
Update Required To play the media you will need to either update your browser to a recent version or update your Flash plugin.