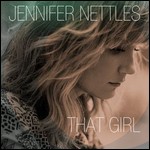 Jennifer Odessa Nettles (born September 12, 1974) is an American country music singer-songwriter and actress. She is known primarily for her role as lead vocalist of the duo Sugarland alongside Kristian Bush. Before Sugarland's inception, she also fronted Atlanta-based bands called Soul Miner's Daughter and Jennifer Nettles Band. She also charted as a duet partner on the country version of rock band Bon Jovi's 2006 single "Who Says You Can't Go Home", a Number One hit on the Billboard country charts.[1]

Nettles was born and raised in the small town of Douglas, Georgia, graduating from Coffee High School.[2] Nettles married Todd Van Sickle in 1998, but the couple divorced in 2007.[3] On Saturday, November 26, 2011, Jennifer married her boyfriend of two years, Justin Miller, in a sunset ceremony at Blackberry Farm in East Tennessee.[4] On June 18, 2012, Nettles and her husband announced they were expecting their first child in November.[5] Their son, Magnus Hamilton Miller, was born in December 2012.[6] "We are so thankful for all the prayers and support and are excited to take some time together as a new family," the couple said in a statement.[6]

Nettles began performing at school assemblies, her Southern Baptist church, and in community theater. She was also a member of Georgia 4-H's Clovers & Company performing arts group from 1986 to 1993.[7]

Nettles studied Sociology and Anthropology at Agnes Scott College in Decatur, Georgia, and graduated in 1997.[8] While a student there, Nettles and Cory Jones (who at the time was studying classical guitar at the University of Georgia) formed the group Soul Miner’s Daughter. Performing as both an acoustic duo and with a band, they released two albums: The Sacred and Profane in 1996 and Hallelujah in 1998, both of which were composed of songs written collaboratively by Jones and Nettles.[9] Soul Miner's Daughter was invited to perform at the Atlanta installment of Lilith Fair in 1999.[10]

In 1999, she formed the Jennifer Nettles Band, with which she released three studio albums and two live albums. The band, which in addition to Nettles included Brad Sikes (drums), Scott Nicholson (piano), Wesley Lupold (bass), and Mike Cebulski (percussion), was selected the grand prize winner from more than 2000 bands in "The Big Deal $100,000 Music Search" presented by Mars Music.[11]

In 2003, Nettles teamed up with Kristen Hall and Kristian Bush to form Sugarland. Regarding the trio's collaboration, she said:

"We really wanted to get out of where we had all been as artists and move beyond that to something bigger. Consequently all the songs reflect that; 'Fly Away,' 'Baby Girl,' all of those songs - you speak to the human condition and write what you know in your life."[12]

Sugarland was nominated for a Grammy award in the Best New Artist category in 2006.[13] Although they did not win the award, Nettles and Bush performed for the awards show and Nettles presented both a Lifetime Achievement Award to Merle Haggard and the award for Best Country Group.[14]

A duet performance with rock band Bon Jovi, "Who Says You Can't Go Home", reached No. 7 on the Bubbling Under Hot 100 chart and No. 1 on the Billboard Hot Country Singles chart. The video for the song won a CMT Music Award in 2006 for Collaborative Video Of The Year. In February 2007, Nettles and Bon Jovi won a Grammy for Best Country Vocal Collaboration.[15] In 2006, Kristen Hall left the group[16] and Nettles and Bush continued on as a duo releasing Enjoy the Ride in November 2006. Their third album, titled Love on the Inside, was released on July 22, 2008.

In an interview on Fox News with Martha MacCullum, Nettles expressed interest in appearing in a Broadway play, stating in particular that she would like to play the role of Elphaba in Wicked.[17]

In early December 2008, Sugarland received three Grammy Award nominations and performed on the 51st Annual Grammy Awards show on February 8, 2009. They won awards for Best Country Song and Best Country Performance by a Duo or Group.[18]

On Sunday, January 18, 2009, Nettles performed at the We Are One: The Obama Inaugural Celebration at the Lincoln Memorial, singing James Taylor's "Shower the People" with James Taylor and John Legend.[19]

On February 11, 2009, Sugarland received two nominations from the Academy of Country Music for Top Vocal Duo and Vocal Event of the Year for "Life in a Northern Town".[20] During the broadcast of the April 5, 2009 awards show, Sugarland was presented with the Vocal Duo of the Year award, ending Brooks & Dunn's nine-year run.[21] Nettles also received a Milestone award, presented to her by Reba McEntire.[22]

ABC broadcast the first CMA Country Christmas, hosted by Nettles, on November 29, 2010. Nettles and Sugarland partner Kristian Bush kicked off the evening with their rendition of "Winter Wonderland," backed by Little Big Town. The pair returned to the stage later in the program to perform the hymn "Come, O Come Emmanuel," just before the "Jingle Bell Rock" group grande finale of the 90-minute special.[23]

In 2012, Nettles appeared as a judge on the ABC singing competition series Duets alongside Kelly Clarkson, John Legend and Robin Thicke. The show was cancelled after one season.

Nettles announced in May 2013 that she would begin working on a solo album.[24] Her first solo single, "That Girl", was released in August. Nettles co-wrote the song with Butch Walker, and Rick Rubin produced it. The album, also titled That Girl, was released on January 14, 2014.

On June 4, 2014, Nettles performed "All of Me" with John Legend and Hunter Hayes at the CMT Music Awards.

In July 2015, Nettles parted ways with Mercury Nashville. Nettles then signed with Big Machine Label Group. Nettles announced that she would be going on the "Playing With Fire Tour" with Ryan Kindler and Brandy Clark as her opening acts. The tour was then extended by CMT and promoted as "CMT Presents Jennifer Nettles with 2016 Next Women of Country Tour" with Brandy Clark and special guest Lindsay Ell and Tara Thompson for over 30 dates across the country starting in January 2016. Jennifer then released a music video for her song "Sugar," she would be performing this song, which is off her upcoming album, at the 89th Macy's Thanksgiving Day Parade on the Domino Sugar float. Nettles then released the first official single, off her upcoming album with Big Machine, "Unlove You" which she debuted on The Tonight Show Starring Jimmy Fallon on November 24. For six years in a row she has hosted the CMA Country Christmas on ABC.

On April 20, 2016 she had a role on the WGN America hit series Underground. Her role as a wife and mother who became a mental patient.

Nettles has lent her time and talent to support various non-profit organizations. Nettles has been a longtime supporter of the Shalom foundation.[26] She raised more than $120,000 for the foundation in 2007.[27]

Following the January 2010 earthquake in Haiti, Nettles and Sugarland partner Bush sang on the remake of We Are the World as part of Artists for Haiti.

In February 2012, she was one of a group of celebrities who walked down a catwalk in red dresses for the 'Heart Truth Red Dress Collection' show, part of New York Fashion Week.She wore a David Meister dress.[29]

This article uses material from the article Jennifer Nettles from the free encyclopedia Wikipedia and it is licensed under the GNU Free Documentation License.

Not Going Anywhere Unshakeables
Update Required To play the media you will need to either update your browser to a recent version or update your Flash plugin.