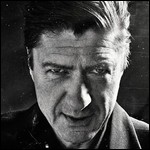 Kurt Maloo (born Kurt Meier on April 16, 1953, in Zurich, Switzerland) is a Swiss singer-songwriter, composer, and record producer. He first achieved international success in 1986, as the singer and front man of the pop-jazz duo Double, with the hit single The Captain of Her Heart.

Kurt Meier was born in Zurich, Switzerland, as the only child of Arnold and Babette Meier. His father's family emigrated to France when Arnold was four years old. During World War II, he returned to Switzerland, where he met Babette, a daughter of a locomotive driver, and married her. Her family was very musical; each played an instrument and performed at house concerts. When Kurt was born, Babette used to play the mandolin and sing and dance for him, and later, when he started to play the guitar, jammed along with her.

At school, Kurt was part of several bands that performed in local competition festivals, playing covers from The Beatles to Cream. From 1969 to 1972, he attended the Swiss Business School, but, after receiving his degree, chose a career as a conceptual artist and painter. He exhibited his works at local galleries in Zurich and founded, along with three artist friends, the performance group MAEZ.

At his own gallery openings, Kurt Meier, who changed his name to Kurt Maloo in 1975, always played the electric guitar. The solo performances metamorphosed into a band, including two other members of MAEZ. But Troppo, true to its name, grew to a nine-piece fusion art-punk band, influenced mainly by the New York Dolls and Funkadelic. After its first show at the Rote Fabrik in 1976, Troppo became a cult act in Switzerland in the mid and late 1970s.[1]

In 1979, Kurt Maloo released his first 7" single Giant Lady/Kontiki on the New Wave label Forum Records. A year later, he teamed up with the publisher Peter Zumsteg and released a hybrid format vinyl record with the title Luna, Luna + 7 Notorious Maloo Homeworks. On the A side was one song spinning at 45 rpm and on the B side, seven more at 33 rpm. The A side song was a studio recording, while the B side was recorded at home on his Revox B-77, using the ping-pong technique to simulate multitrack recording.

He continued to play solo concerts until he met Felix Haug, later the other half of Double. Felix used to play drums with the Swiss techno band Yello. He joined Maloo and, with the addition of a bass player, they formed the trio Ping Pong. With the help of publisher Peter Zumsteg, they got the chance to record four songs at the Roxy Music studio with guitarist Phil Manzanera as producer, but the tracks never got released. When they signed with Teldec's label Big Mouth, they re-recorded the tracks together with new material for their album From Exile (1982). The band played in numerous European festivals, including the renowned Montreux Jazz Festival.

In 1983, Kurt Maloo and Felix Haug decided to make a go of it as a duo. As Double, they released three 12" maxi singlesNaningo (1983), Rangoon Moon, and Woman of the World (1984)before they had a chance to record their first album. The black-and-white music video for Rangoon Moon became a cult clip in Europe and got air play on VH1 in the United States. Two years later, Double became known worldwide with their first hit single, "The Captain of Her Heart," from their first album, Blue, a best-seller that has been released in more than fifty countries. "The Captain of Her Heart" became a modern-day classic.

In 1987, Kurt Maloo and Felix Haug recorded their second and last album, Dou3le, visualized best in the performance of the legendary Swiss mime group Mummenschanz in the award-winning music video for their song Devils Ball, featuring Herb Alpert on trumpet.

Double started to work on a third album in late 1988, but, due to artistic differences, disbanded a few months later.

Maloo continued his career solo again and released, under his own name, Single (1990), Soul & Echo (1995), Loopy Avenue (2006), and Summer of Better Times (2009). Since 2007, he has been performing with his own band and played several concerts and festivals, including NuNote Lounge Fest in Moscow.

This article uses material from the article Kurt Maloo from the free encyclopedia Wikipedia and it is licensed under the GNU Free Documentation License.