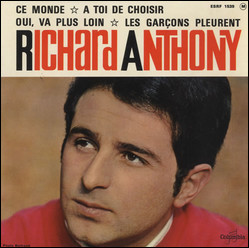 This article is about an Irish politician. For the French singer, see Richard Anthony (French singer).

This article uses material from the article Richard Anthony from the free encyclopedia Wikipedia and it is licensed under the GNU Free Documentation License.