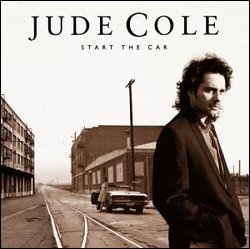 Cole's first three solo records, Jude Cole (1987), A View from 3rd Street (1990) and Start the Car (1992) were released on Warner Bros./Reprise Records, and contained the singles "Baby, It's Tonight," "Time for Letting Go" and "Start the Car." His fourth album, I Don't Know Why I Act This Way, was released by Island Records in 1995, and his last album, Falling Home was self-published in 2000.

In 2005, Cole contributed segments to the entertainment television program Extra.[1]

Cole is manager of the American rock band, Lifehouse, and has co-written songs with Jason Wade.[2]

In the summer of 2013 Jude launched a blog project including brand new music with the aid of Sound Cloud.[3]

His production credits include:

This article uses material from the article Jude Cole from the free encyclopedia Wikipedia and it is licensed under the GNU Free Documentation License.

Forever And A Day Jesse Ritch
Update Required To play the media you will need to either update your browser to a recent version or update your Flash plugin.