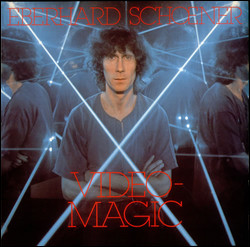 "My message is the music. The goal of my life is to create an original form of contemporary music in which the opera, jazz, ethnical and electronic music melt together. I believe in emotionality."

Eberhard Schoener crosses borderlines, leaves his past behind just to find his way back to it. He gets down to music without any pre-judgment, surrendering to any foreign or strange influences to create unerring bridges to follow his very personal direction. Eberhard Schoener's work is difficult to describe as there are too many completely diverse compositions and an array of projects and events. Such versatility is reflected in his Biography.

This article uses material from the article Eberhard Schoener from the free encyclopedia Wikipedia and it is licensed under the GNU Free Documentation License.