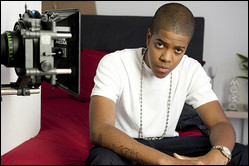 In 2008 he signed a record deal with Columbia Records of Sony Music UK,[4] He has successfully released five top-ten hits on the UK Singles Chart, of which "Oopsy Daisy" debuted at number-one. He released his debut album, I Am Chipmunk in 2009, which charted at number-two on the UK Albums Chart. His follow-up debut album, Transition was released on 18 April 2011. In 2008, Chipmunk was nominated for best newcomer at the MOBO Awards. It was later revealed he left the MOBO Awards with two awards, leaving with Best UK Newcomer and Best Hip-Hop act.[5] He also won Best Hip-Hop Act at the MOBO Awards 2009.[3] Himself and Emeli Sandé won an award for Best British Single for their song "Diamond Rings".

In 2008, he signed a record deal with Columbia Records, Sony Music and began recording his first debut album. On 2 March 2009, he released his first single from the album, "Chip Diddy Chip". The single charted at number twenty-one on the UK Singles Charts.[6] It was written by Jahmaal Fyffe. The music video of the track featured Tim Westwood and Dappy of N-Dubz, and was filmed in his secondary school, Gladesmore Community School.[7] After the release of the single, he announced his album would be titled, I Am Chipmunk. Following the release of "Diamond Rings" which featured guest vocals from Emeli Sandé. The song became Sandé's and Chipmunk's first top 10 hit, after it charted at number-six on the UK Singles Charts.[8]

He released "Oopsy Daisy" as the third official single, the single featured guest vocals from Dayo Olatunji and was written by Talay Riley. "Oopsy Daisy" is Chipmunk's most successful single to date. The track debuted at number-one on the UK Singles Charts and it later gained a certification of Silver, by the BPI.[9] It was Chipmunk's first single released internationally. The song was accompanied by a music video, Chipmunk's love interest was played by Red Madrell, a British actress.[10] The song beat song candidates to the top spot, beating British girl-group, The Saturdays to number-one with their come-back single, "Forever Is Over".[11] After the release of I Am Chipmunk on 12 October 2009, it gained mainly positive reviews from critics. It debuted at number-two on the UK Albums Chart.[12] However, the album charted at number-one on the UK R&B Albums Chart.[13] A fourth single was released from the album, "Look for Me" featuring vocals from Talay Riley. The single charted at number-seven on the UK Singles Charts, the song also gained a Silver certification by the BPI.[14] The album then gained a Platinum Certification by the BPI.[15]

Chipmunk announced he was working on a new studio album in late 2010, and confirmed it would be titled, Transition which he stated it would be different from the first album, stating: "It kinda represents the growth in me as a person since my last album, so the sound has matured as well as I have and thats the main thing for me with the record - I just wanted the sound, the sound and the feel of the album to feel I feel like a granddad but you know, just more mature than my first album, you know lifes changed." The album features American artists Keri Hilson,[16] Chris Brown, Trey Songz [17] and Kalenna Harper from Diddy-Dirty Money,[18] Jamaican dancehall musician Mavado [19] and British rapper Wretch 32.[20] He released a promotional single onto iTunes on 12 November 2010. The single charted at number seventy-two on the UK Singles Charts, with limited promotion.

In early 2011, he confirmed that "Champion" would be released as the first main-stream single from the album, and the single would feature American R&B singer, Chris Brown. The single was written by Harmony "H-Money" Samuels, Jahmaal Fyffe, Eric Bellinger, Erika Nuri.[21] The single charted at number-two on the UK Singles Charts, being held off the top spot by Jessie J and B.o.B with their entry with "Price Tag". However, both songs sold over 90,000 in their first week and Jessie J gained the top spot by 5%.[22] The song is now used by the WWE as entrance song for their show Tough Enough.

It was announced that "In the Air" would be released as the second main-stream single released from Transition the single would feature guest vocals from American R&B singer, Keri Hilson. The single was released on 11 March 2011.[23] The album Transition itself attained its UK release through Sony Music's Jive label on April 18, 2011.[24] He makes a cameo appearance in Wretch 32 and Example's video for Unorthodox.

The third single to be released from the album is titled "Take Off" and features Trey Songz.[25] Chipmunk also released a net video for the song "Every Gyal" featuring Mavado.[26]

On October 7, RCA Music Group announced it was disbanding Jive Records along with Arista Records and J Records. With the shutdown, Chipmunk (and all other artists previously signed to these three labels) will release his future material on the RCA Records brand. It does however remain a possibility that Chipmunk could be dropped from the label to balance the books as his follow-up album to I Am Chipmunk, Transition didn't sell nor chart as well as expected.[27][28]

This article uses material from the article Chipmunk (rapper) from the free encyclopedia Wikipedia and it is licensed under the GNU Free Documentation License.

Piccola nazione Francesco Pervangher
Update Required To play the media you will need to either update your browser to a recent version or update your Flash plugin.