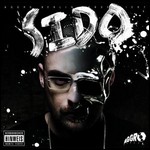 Paul Hartmut Würdig (born 30 November 1980[1]), better known as Sido, is a German rapper. The name "Sido" is an abbreviation which stands for "superintelligentes Drogenopfer" ("super intelligent drug victim") or "Scheiße in dein Ohr" ("shit in your ear") in earlier times.

Würdig distinguishes himself by using provocative and aggressive lyrics. After his breakthrough with his debut album Maske in 2004, Würdig was often seen wearing a silver skull mask until 2008. Since then he made no use of the mask anymore and, as he has stated in various interviews, handed it to his former boss Specter.

Würdig's career began in 1997, as one half of duo Royal TS (now A.i.d.S), with B-Tight and both got later signed to Berlin hip hop label Royal Bunker and then to Aggro Berlin in 2001.

Paul Würdig was born to a German father and a Sinti mother. Würdig stated in an interview with the radio station BigFM that he's one-eighth Irani. Sido and his younger sister were brought up by their mother in East Berlin. In 1988, the family moved to West Berlin, where they first lived in emergency accommodation in Wedding along with many asylum seekers. They then moved into Märkisches Viertel, a high-rise residential area in the Berlin borough of Reinickendorf. During his childhood and youth, Märkisches Viertel had a high proportion of migrants and low-income families. He attended the Bettina-von-Arnim-Oberschule there and afterwards started an apprenticeship as an educator, which he cancelled after some time.

Sido has been active in the music business since 1997. Together with his best friend B-Tight he released several EPs and demos under the name Royal TS, which were never officially published, at the Berlin underground hip hop label Royal Bunker. At a concert the duo got the attention of Halil, Specter and Spaiche, who decided to form a label and sign both rappers as the label's first artists.

In 2004, Sido's debut album Maske was released, which reached #3 on the German charts and sold more than 180,000 copies to this day. The album achieved gold status. The lead single "Mein Block" reached #13 on the German charts, the second single "Fuffies im Club" reached #18 and the third single "Mama ist stolz" reached #25.[2] The original album was indexed because of the song "Endlich Wochende" ("Finally weekend"), which glorifies the use of drugs according to the BPjM. The album was rereleased under the name "Maske X" with the song "Arschficksong" in replacement of "Endlich Wochenende". The song was also published (with the video slightly censored), for the first time as a single.

In September of the same year, he won a prestigious German music award for "Best Newcomer." The best-known song from that album, "Mein Block", describes life in the Märkisches Viertel, a low-income neighborhood of Berlin from a resident's perspective, detailing the narcotics trade, alcoholism, problems with police, and poverty in Sido's Block, or building.

After this debut album, he released together with his Label colleagues B-Tight and Fler, two label samplers: Aggro Ansage Nr. 4 and Aggro Ansage Nr. 5 (which featured the new label artists Tony D and G-Hot).

Later he collaborated with rapper Harris, as the rap duo Deine Lieblings Rapper ("Your favourite rappers"). In 2005, they released their debut album Dein Lieblings Album ("Your favourite album"), with the only single "Steh wieder auf".

2007 Sido and B-Tight (alias A.i.d.S. (=Alles ist di.e. Sekte, engl. Everything is the sect)) formed their label Sektenmuzik and a own rap-crew named Die Sekte (with Rhymin Simon and Vokalmatador). Tony D later joined in.

His third album Ich und meine Maske was released at the end of May 2008. It reached #1 on the German album charts. Also the singles "Augen auf"/Halt dein Maul", "Carmen", "Herz", "Nein!" and "Beweg dein Arsch" were successful in the charts.

On August 2008, Sido joined the seventh season of Popstars, called "Just 4 Girls", as a jury member, along with Detlef D! Soost and Loona. Many people were surprised, wondering why Sido, the Aggro-rapper with his provocative and aggressive lyrics, would join a TV show like Popstars? At the end of Popstars the band Queensberry was formed.

On April, 1st 2009 the label Aggro Berlin was closed. Sido then was signed up by Urban Records, a division of Universal Music Germany.

On October, 30th 2009 Sido released his fourth studio album Aggro Berlin. The lead single "Hey du!" ranked #4 in the German Charts. In the song Sido tells the truth of his childhood in the GDR and then in West Berlin. He reported that he had made a long secret of his East Berlin origin, because didn't want to be teased by his mates.

Würdig has a son, whose name and date of birth are not known publicly, but he referenced him in some songs, including "Aggro Gold", "Ein Teil von mir" and "2010".

He began dating former Nu Pagadi lead singer Doreen Steinert in mid-2005 and on 14 February 2010 they were engaged.[3]

July 2004, Sido performend live in Stuttgart for the festival MTV HipHop Open. During his performances he insulted Frankfurt rapper Azad's mother saying: "If we had a bed right here, I'd bang Azad's mother". A week later Sido and Azad met each other backstage and after a short dispute it escalated into a brawl that involved the artists of Aggro Berlin and Bozz Music.[6] The security and the police arrived to stop the conflict, but Azad and his crew had fled already.[7]

This article uses material from the article Sido (rapper) from the free encyclopedia Wikipedia and it is licensed under the GNU Free Documentation License.

Listen To The Bells David Holler
Update Required To play the media you will need to either update your browser to a recent version or update your Flash plugin.