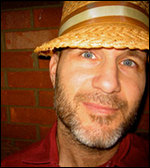 Gary Jules Aguirre, Jr. (born March 19, 1969), known as Gary Jules, is an American singer-songwriter, known solely for his cover version of the Tears for Fears song "Mad World", which he recorded with his friend Michael Andrews for the film Donnie Darko. It became the UK Christmas Number One single of 2003. Since then, Jules's version has been used on many American TV shows such as CSI: Crime Scene Investigation, Jericho, The O.C., Smallville and House, as well as in a commercial for Lloyd's Bank in 2016 featuring a horse galloping through different stages in peoples lives.

Jules recorded a cover of the song "Mad World" by Tears For Fears for the 2001 film Donnie Darko and released it as a single in December 2003. This timing allowed it to become the Christmas Number One single in the UK for that year. The cover also featured as background music in various television programs such as drama General Hospital, as well as individual episodes of Without a Trace, The O.C., Smallville, Jericho, and CSI: Crime Scene Investigation. It was used in the trailer for the 2010 film The Crazies and the Cavaliers Drum and Bugle Corps' 2010 Production "Mad World".

Adam Lambert sang a cover of "Mad World" that was heavily influenced by Jules's version at two different points in his American Idol competition, as well as during the American Idols Live! 2009 tour. Following its appearance on the popular television show, Jules's cover of the song rose to #11 on the iTunes Store.

The song "Something Else" was featured on the Season 5 episode "My Fallen Idol" of the NBC show Scrubs.

The song "Gone Daddy" is based upon an experience that led to Jules relocating his family from Southern California to North Carolina. A neighbor was gunned down one night in Los Angeles and while the police were investigating the shooting, Jules approached one of the officers, explained that his child was napping, and asked if the officer knew when they would be finished. The officer said he did not know, but that the family could leave Los Angeles if they didn't like it. Jules took the advice to heart and relocated shortly thereafter.

Jules's song "Wichita" was inspired by a class he took at UCLA regarding Native American history. During the class he read a story about Native Americans following herds of bison around the nation to survive.

Jules was a surprise guest on a series of Parisian concerts of French singer Mylène Farmer, called Timeless 2013 (September 2013). In all the performances that take place in the Palais omnisport de Bercy, Gary Jules sings his cover of Mad World joined by Mylène Farmer. They follow by the duet song "Les Mots" that Mylène Farmer originally released in 2001 with Seal. So far Gary Jules is also part of the tour, as he was also performing during the concerts in Lyon.

Appearances on television as himself

The playwright Stephen Adly Guirgis refers to Gary Jules in his play The Little Flower of East Orange. This show, directed by Philip Seymour Hoffman and starring Ellen Burstyn, premiered at the Public Theater in New York on April 6, 2008. The songs "Goodnight Billie" and "Little Greenie" were featured in the production. Specifically, in Act 1, Scene 3, the character Nadine plays "Little Greenie" and says "Okay...One time, I was gonna kill myself, but then I played this Gary Jules song like twenty-seven times."[4] In the acknowledgments section of the Faber & Faber, Inc. published version of the play, Guirgis writes, "SPECIAL THANKS TO GARY JULES FOR THE MUSIC."[5]

In August 2004, Gary and his wife Greta welcomed the birth of their first child, Amelia.

This article uses material from the article Gary Jules from the free encyclopedia Wikipedia and it is licensed under the GNU Free Documentation License.

Think Blues Brothers & Aretha Franklin
Update Required To play the media you will need to either update your browser to a recent version or update your Flash plugin.