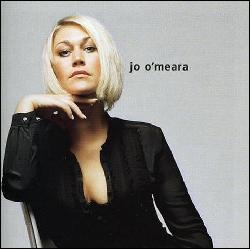 Joanne Valda O'Meara (born 29 April 1979) is an English singer-songwriter, television personality and actress. One of the lead singers[1][2] of pop group S Club, she launched a solo career after the group's split in 2003, which was cut short following an appearance on Celebrity Big Brother. In November 2014, S Club 7 announced plans for an arena reunion tour, Bring It All Back 2015, touring the UK in May 2015.

O'Meara was born in Romford,[3] London, to parents Dave and Barbara. She has a brother and sister, Shane and Julie. She grew up in Collier Row, a suburban housing estate in the north of Romford in the London Borough of Havering. She was educated at Clockhouse Junior School and Bower Park School, and excelled in music, singing and dance.[3]

The group rose to fame by starring in their own BBC television series, Miami 7, in 1999. Over the five years they were together, S Club 7 had four UK No.1 singles, one UK No.1 album, and hits in Europe, Asia, Latin America, Africa, and a top-ten single in the United States. They recorded four studio albums, released eleven singles and sold over fourteen million albums worldwide.[4] Their first album, S Club,was 1990s pop, but through the course of their career their musical approach changed to a more dance and R&B sound which is heard in their final album, Seeing Double. S Club 7 won two Brit Awards—in 2000 for British breakthrough act and in 2002, for best British single. In 2001, the group earned the Record of the Year award. Group member Paul Cattermole departed the group in 2002, and the group changed its name from S Club 7 to simply S Club. On 21 April 2003, during a live onstage performance, S Club announced that they were to disband.[5]

Many speculated as to when O'Meara would make her comeback, having been the most prominent vocalist in S Club 7, but it was Rachel Stevens who was the first member of the band to release solo material. O'Meara surprised many of her fans by taking a long hiatus from pop music, and it was speculated that she was healing her back injury. According to reports in a tabloid newspaper O'Meara, who was estimated to be worth £500,000 when she left S Club, became addicted to gambling when she was unable to perform in the band due to her back problems.[6] In July 2005, she announced that she had signed a new solo recording deal with Sanctuary Records, the label behind acts such as Morrissey, KISS and Megadeth.

Her debut single, "What Hurts the Most", was released on 26 September 2005, peaking at number thirteen on the UK Singles Chart, followed a week later by her album, Relentless. This, however, quickly fell out of the chart and sold poorly, peaking at No. 48. It also sold poorly throughout Europe, reaching No. 82 in Ireland. O'Meara left the record label while they were still planning to release a second single. In February 2006 she took part in the BBC reality show Just the Two of Us. Her singing partner was Chris Fountain, actor on the Channel 4 soap opera Hollyoaks. The pair came third in the competition, failing to attract enough votes to make the final after their performance of "Never Had a Dream Come True".

In January 2007, O'Meara appeared on Celebrity Big Brother. Along with Jade Goody and Danielle Lloyd, O'Meara was accused of racist and bullying behaviour toward fellow contestant Indian actress Shilpa Shetty, resulting in a record number of complaints to Ofcom, extensive national and international media coverage, and condemnatory statements from the British and Indian governments.[7]

Since November 2008, O'Meara has been performing in various nightclubs, universities and Butlins holiday camps around the United Kingdom along with fellow S Club members Bradley McIntosh and Paul Cattermole.[8] On 12 November 2008, a bottle was thrown at O'Meara during their performance in Bradford; it left her with a severe cut to the head, requiring treatment at a nearby hospital. A 20-year-old man was arrested, and the attack was thought to have been motivated by her Celebrity Big Brother appearance.[9][10] O'Meara is featured on a cover of the Python Lee Jackson song "In a Broken Dream" on The Popes' 2012 album New Church, her first released recording in seven years. She has also appeared with them on stage performing the song. In November 2014, all seven original S Club members reunited to perform a medley of some of their greatest hits on BBC Children In Need. Later, they announced a reunion arena tour, titled Bring It All Back 2015, which toured the UK in May 2015.

O'Meara suffered a back injury in 2002. In January 2008, in an interview with the Daily Mail, O'Meara noted she was "well on the way to recovery from the aftermath of the Big Brother controversy", she had rediscovered her passion for rescuing animals and horses and also revealed that she was six months pregnant. While she admitted that the prospect of returning to the stage is daunting, she was considering an offer to work with former Celebrity Big Brother 2007 housemate, Jermaine Jackson.[11] On 12 May 2008, O'Meara gave birth by caesarean section to a 7 lb 15oz boy she named Lenny.[12] O'Meara has stated that she is a follower of Norwich City F.C.,[13] however in the Viva S Club episode "The Rain in Spain", she is depicted as a West Ham United supporter.

This article uses material from the article Jo O'Meara from the free encyclopedia Wikipedia and it is licensed under the GNU Free Documentation License.

Maria Blondie
Update Required To play the media you will need to either update your browser to a recent version or update your Flash plugin.