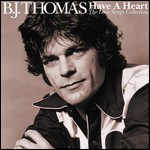 Billy Joe "B.J." Thomas (born August 7, 1942) is an American popular singer. He is particularly known for his hit songs of the 1960s and 1970s, which appeared on the pop, country, and Christian music charts. His best-known recordings are the Burt Bacharach/Hal David song "Raindrops Keep Fallin' on My Head" and the original version of the Mark James song "Hooked on a Feeling".

Thomas was raised in and around Houston, Texas, graduating from Lamar Consolidated High School in Rosenberg. Before his solo career, he sang in a church choir as a teenager, then joined the musical group The Triumphs.[1] During his senior year he made friends with Roy Head of Roy Head and The Traits. The Traits and the Triumphs held several Battle of the Bands events in the early 1960s.

In 1966, B.J. Thomas and The Triumphs released the album I'm So Lonesome I Could Cry (Pacemaker Records). It featured a hit cover of the Hank Williams song "I'm So Lonesome I Could Cry". The single sold over one million copies and was awarded a gold disc.[2] The follow-up single, "Mama", peaked at No. 22. In the same year, Thomas released a solo album of the same name on the Scepter Records label.

Thomas came back to achieve mainstream success again in 1968, first with "The Eyes of a New York Woman", then five months later with the much bigger "Hooked on a Feeling", which featured the sound of Reggie Young's electric sitar and was first released on the album On My Way (Scepter Records). "Hooked on a Feeling" became Thomas's second million-selling record.[2] A year later Butch Cassidy and the Sundance Kid featured Thomas performing the Bacharach/David song "Raindrops Keep Fallin' on My Head", which won the Academy Award for best original song that year and hit No. 1 on the Billboard Hot 100 in January 1970. Sales of it also exceeded one million copies, with Thomas being awarded his third gold record.[2] The song was also released on an album of the same name. Other hits of the 1970s were "Everybody's Out of Town", "I Just Can't Help Believing" (No. 9 in 1970, covered by Elvis Presley), "No Love at All", "Mighty Clouds of Joy", and "Rock and Roll Lullaby".

Thomas's earlier hits were with Scepter Records, his label for six years. He left Scepter Records in 1972 and spent a short period, in 1973 and 1974, with Paramount Records, during which time he released two albums, Songs (1973) and Longhorns & Londonbridges (1974).

In 1975, Thomas released the album Reunion on ABC Records, which had absorbed the Paramount label; it contained "(Hey Won't You Play) Another Somebody Done Somebody Wrong Song" (the longest titled No. 1 hit ever on the Hot 100). It was Thomas's first big hit since 1972 and secured him his fourth gold record.[2]

In 1976, Thomas released Home Where I Belong, produced by Chris Christian on Myrrh Records, the first of several gospel albums. It was the first Christian album to go platinum, and Thomas became the biggest contemporary Christian artist of the period.[3]

On MCA Records, Thomas and Chris Christian recorded what would be his last Top 40 hit single, "Don't Worry Baby", on his last pop album, which also included the Adult Contemporary hit "Still the Lovin' Is Fun".

During the 1980s, his success on the pop charts began to wane, but many of his singles reached the upper regions on the country singles chart, including two 1983 chart toppers, "Whatever Happened to Old-Fashioned Love" and "New Looks from an Old Lover" (see 1984 in music), as well as "Two Car Garage", which reached No. 3. In 1981, on his 39th birthday, Thomas became the 60th member of the Grand Ole Opry.[4]

Thomas scored another hit, recording "As Long As We Got Each Other", the theme to Growing Pains. The first season theme was a solo for Thomas, but was re-recorded as a duet with Jennifer Warnes for the second and third seasons. It was re-recorded again for the show's fourth season with British singer Dusty Springfield, but the Thomas/Warnes version was reinstated for season five and most of season seven. Thomas first released this track on his 1985 album Throwing Rocks at the Moon (Columbia Records).

Thomas has also written two books including the autobiography Home Where I Belong, and starred in the movies Jory and Jake's Corner. Several commercial jingles including Coca-Cola, Pepsi, and Bell, have featured his singing voice and music. On December 31, 2011, Thomas was the featured halftime performer at the 2011 Hyundai Sun Bowl in El Paso, Texas.

On April 2, 2013, Thomas released The Living Room Sessions, an album with acoustic arrangements of well known hits. It features guest appearances with established and emerging vocalists accompanying Thomas on seven of twelve tracks.[5]

On December 3, 2013, the National Academy of Recording Arts and Sciences announced that his 1969 single "Raindrops Keep Fallin' on My Head" would be inducted into the Grammy Hall of Fame.[6]

Thomas has been married to singer-songwriter Gloria Richardson since December 1968.[7][8] They have three daughters: Paige (born 1970), Nora (adopted from North Korea in 1978), and Erin (born in 1979).[9] Shortly after Thomas's career began, he became dependent on drugs and alcohol, which led to his marriage nearly ending and his life nearly ending too. In 1975, he became a Christian less than a month after Gloria did; most press sources indicate that Thomas has been sober since he and Gloria reconciled in 1976.[8][10][11][12]

Note: Singles without indicated B-sides may have been only released as promotional copies with stereo and mono versions of the same song.

This article uses material from the article B. J. Thomas from the free encyclopedia Wikipedia and it is licensed under the GNU Free Documentation License.

Sleepless Luca Aprile & Lisa Oribasi
Update Required To play the media you will need to either update your browser to a recent version or update your Flash plugin.