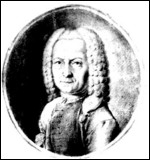 Born in Venice, Benedetto Marcello was a member of a noble family and his compositions are frequently referred to as Patrizio Veneto. Although he was a music student of Antonio Lotti and Francesco Gasparini, his father wanted Benedetto to devote himself to law. Benedetto managed to combine a life in law and public service with one in music. In 1711 he was appointed a member of the Council of Forty (in Venice's central government), and in 1730 he went to Pola as Provveditore (district governor). Due to his health having been "impaired by the climate" of Istria, Marcello retired after eight years in the capacity of Camerlengo to Brescia where he died of tuberculosis in 1739.

Benedetto Marcello was the brother of Alessandro Marcello, also a notable composer. On 20 May 1728 Benedetto Marcello married his singing student Rosanna Scalfi in a secret ceremony. However, as a nobleman his marriage to a commoner was unlawful and after Marcello's death the marriage was declared null by the state. Rosanna was unable to inherit his estate, and filed suit in 1742 against Benedetto's brother Alessandro Marcello, seeking financial support.[1]

Marcello composed a variety of music including considerable church music, oratorios, hundreds of solo cantatas, duets, sonatas, concertos and sinfonias. Marcello was a younger contemporary of Antonio Vivaldi in Venice and his instrumental music enjoys a Vivaldian flavor.

As a composer, Marcello was best known in his lifetime and is now still best remembered for his Estro poetico-armonico (Venice, 172427), a musical setting for voices, figured bass (a continuo notation), and occasional solo instruments, of the first fifty Psalms, as paraphrased in Italian by his friend G. Giustiniani. They were much admired by Charles Avison, who with John Garth brought out an edition with English words (London, 1757).

The library of the Brussels Conservatoire possesses some interesting volumes of chamber cantatas composed by Marcello for his mistress. Although Benedetto Marcello wrote an opera called La Fede riconosciuta and produced it in Vicenza in 1702, he had little sympathy with this form of composition, as evidenced in his writings (see below).

Benedetto Marcello's music is "characterized by imagination and a fine technique and includes both counterpoint and progressive, galant features" (Grove, 1994).

Marcello vented his opinions on the state of musical drama at the time in the satirical pamphlet Il teatro alla moda, published anonymously in Venice in 1720. This little work, which was frequently reprinted, is not only extremely amusing, but is most valuable as a contribution to the history of opera.

The composer Joachim Raff wrote an opera entitled Benedetto Marcello, based loosely on the life of Marcello and Scalfi.[3]

The Conservatorio di Musica Benedetto Marcello di Venezia was named after him.

This article uses material from the article Benedetto Marcello from the free encyclopedia Wikipedia and it is licensed under the GNU Free Documentation License.

Obviously Changed Pink Pedrazzi
Update Required To play the media you will need to either update your browser to a recent version or update your Flash plugin.