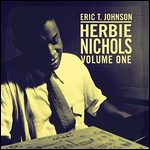 Herbert Horatio Nichols (3 January 1919 – 12 April 1963) was an American jazz pianist and composer who wrote the jazz standard "Lady Sings the Blues". Obscure during his lifetime, he is now highly regarded by many musicians and critics.[1]

He was born in San Juan Hill, Manhattan in New York City, to parents from St. Kitts and Trinidad, and grew up in Harlem.[2]:156,174 During much of his life he took work as a Dixieland musician while working on the more adventurous kind of jazz he preferred.[2]:155–56 He is best known today for these compositions, program music that combines bop, Dixieland, and music from the Caribbean with harmonies from Erik Satie and Béla Bartók.

His first known work as a musician was with the Royal Barons in 1937, but he did not find performing at Minton's Playhouse a few years later a very happy experience. The competition didn't suit him. However, he did become friends with pianist Thelonious Monk even if his own critical neglect would be more enduring.

Nichols was drafted into the Army in 1941. After the war he worked in various settings, beginning to achieve some recognition when Mary Lou Williams recorded some of his songs in 1952.[2]:165 From about 1947 he persisted in trying to persuade Alfred Lion at Blue Note Records to sign him up.[2]:168 He finally recorded some of his compositions for Blue Note in 1955 and 1956, some of which were not issued until the 1980s. His tune "Serenade" had lyrics added, and as "Lady Sings the Blues" became firmly identified with Billie Holiday. In 1957 he recorded his last album for Bethlehem Records.

Nichols died from leukemia in New York City at the age of 44.

A biography, Herbie Nichols: A Jazzist's Life, written by Mark Miller, was published in 2009.[3]

His music has been most energetically promoted by Roswell Rudd, who worked with Nichols in the early 1960s. Rudd recorded or programmed at least three albums featuring Nichols' compositions, including The Unheard Herbie Nichols (1996) and a book The Unpublished Works (2000).[4]

In 1984, the Steve Lacy quintet with George Lewis, Misha Mengelberg, Han Bennink and Arjen Gorter performed the music of Nichols at the Ravenna Jazz Festival in Italy.[5]

A New York group, the Herbie Nichols Project (part of the Jazz Composers Collective) has recorded three albums largely dedicated to unrecorded Nichols' compositions, many of which Nichols had deposited in the Library of Congress.[6]

This article uses material from the article Herbie Nichols from the free encyclopedia Wikipedia and it is licensed under the GNU Free Documentation License.