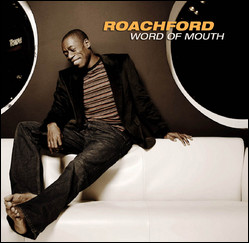 Andrew Roachford was born in London. He was the main force behind the band Roachford, who scored their first success in 1989 with the hits "Cuddly Toy" and "Family Man". Formed in 1987, the line-up was Andrew Roachford (vocals, keyboards, percussion), Chris Taylor (drums), Hawi Gondwe (guitars) and Derrick Taylor (bass guitar). By 1988 the band were touring, supporting acts such as Terence Trent D'Arby and The Christians. Shortly afterward, a seven album recording contract with Columbia was signed. They went on to have a string of success throughout the 1990s, becoming Columbia's biggest selling UK act for ten years.[1]

Roachford released his first solo album, Heart of the Matter, in 2003. His next album Word of Mouth was released in March 2006 under the band name Roachford. In 2010, Roachford joined Mike + The Mechanics along with Tim Howar. The following year the album, The Road was released featuring Roachford and Howar as lead vocalists.

This article uses material from the article Andrew Roachford from the free encyclopedia Wikipedia and it is licensed under the GNU Free Documentation License.

Coming Home Ad-Rian
Update Required To play the media you will need to either update your browser to a recent version or update your Flash plugin.