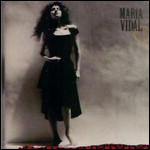 Vidal, a native of Miami, was originally a member of the band, Desmond Child & Rouge, but went solo with a self-titled debut album recorded in 1987. The album included the single "Do Me Right" written by ex-bandmate Desmond Child.

Vidal contributed backup vocals to Kiss's Paul Stanley's 1978 solo album, the The Smithereens' 1989 single "A Girl Like You" and Stevie Nicks' 1985 single "I Can't Wait".

She also appeared in the 1985 horror comedy film, Once Bitten, as a member of a high school band and contributed two songs to the soundtrack.

Vidal wrote and featured in a song for Tupac Shakur. Vidal also wrote "Every Time it Rains" for Ace of Base and "In the Grand Canyon" for Reggaeton artist, James Joseph. In 1989, she wrote the Belinda Carlisle hit "Summer Rain". In 2008, she released a new song, "Green", which was written for an international festival at the American School in London and made available for purchase as an MP3 on her website. In May, 2009 Maria Vidal announced the release of her new album Living in Radical Radiance. The album can be downloaded on her home page or can be ordered through the page's shop.

Vidal is married to music producer and songwriter Rick Nowels.

This article uses material from the article Maria Vidal from the free encyclopedia Wikipedia and it is licensed under the GNU Free Documentation License.

June Afternoon Roxette
Update Required To play the media you will need to either update your browser to a recent version or update your Flash plugin.